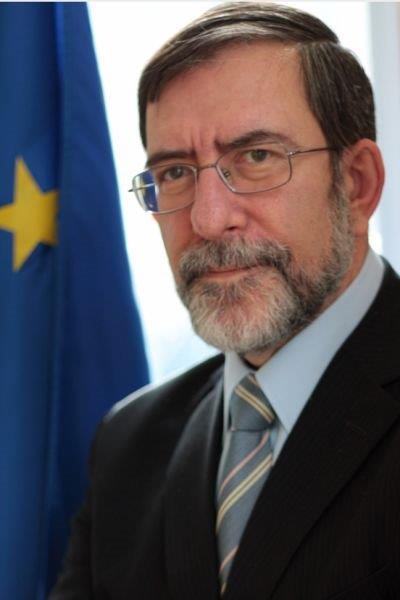 Interview with the Head of the Delegation of the European Union to Georgia Mr. Philip Dimitrov

Mr. Philip Dimitrov: Relations between Georgia and the European Union began in 1992, after Georgia became independent. EU-Georgia bilateral relations are regulated by the Partnership and Cooperation Agreement which was signed in 1996. The inclusion of Georgia in the European Neighbourhood Policy in 2004 marked a significant step forward in EU – Georgia relations. In spring 2009, the EU launched the Eastern Partnership with the objective of supporting political and socio-economic reforms in Georgia, as well as Armenia, Azerbaijan, Belarus, Moldova and Ukraine. The Eastern Partnership foresees stronger political engagement with the EU namely the prospect of a new generation of Association Agreements and far reaching integration into the EU economy with Deep and Comprehensive Free Trade Areas. The High Representative for Foreign Affairs and Security Policy of the European Commission Catherine Ashton launched the negotiations for an EU – Georgia Association Agreement in Batumi on 15 July 2010. The EU and Georgia completed negotiations on the Association Agreement, including the Deep and Comprehensive Free Trade Area, in July 2013 and the Agreement was officially signed by the EU and Georgia few days ago, on 27 June.

ENIGMMA: Signature of the Association Agreement between EU and Georgia has been much discussed recently. What makes this agreement so important for Georgia?

Mr. Philip Dimitrov: Firstly, let me say, that signing the Association Agreement is a serious step towards the European integration. The agreement is not the final stage in EU-Georgia cooperation such as, but rather a new phase, beginning of a new history. The association agreement with its free trade aspects will make Georgia more attractive business destination. But it will create need for more reforms and hard work as well. Therefore it is vital that both the European Union and the Government of Georgia will remain firmly committed to the common path and democratic aspirations.

ENIGMMA: Migration traditionally remains among prioritised issues in EU-Georgia relations, and Visa Liberalisation Action Plan is often mentioned as a milestone in the evaluation of the progress in the migration management area. What are the main features of this document and to what it will lead?

Mr. Philip Dimitrov: Georgia has reached remarkable developments in the field of migration management. The EU with readiness supports this process. On May 16, 2007 the European Commission published a communiqué about “Circular migration and mobility partnerships between the European Union and the third Countries”, which aims to develop close cooperation on migration issues with the EU partner countries, to manage the flow of migration (registering, monitoring, analysing, policy-making) and to enhance opportunities for legal movement as well as the effectiveness of fighting against irregular migration. The Joint Declaration on Mobility Partnership between Georgia and the 16 EU Member States was signed on November 30, 2009. The initiative “Mobility Partnership” aims to cooperate on migration issues such as: migration management, labour migration, readmission, reintegration, diaspora, document security, integral migration database and information exchange with the EU, labour market and recognition of professional qualifications. In 2011 two important agreements on Visa Facilitation and Readmission came into force. As a result, in 2012, the visa liberalisation dialogue was launched between the EU and Georgia. Georgia carried out wide range of reforms fostering implementation of the Visa Liberalisation process successfully. Subsequently, on February 25, 2013, during the visit of Commissioner Cecilia Malmstrom, the Visa Liberalisation Action Plan was handed over to the Government of Georgia. The Action Plan defines further steps to be undertaken by Georgia for the visa liberalisation in accordance with four standard blocks (document security; illegal migration; public order and security; foreign affairs and human rights). Successful implementation of these steps will enable the Government of Georgia to start negotiations on visa free regime with the EU.

ENIGMMA: What are your expectations from the ENIGMMA project launched last December?

Mr. Philip Dimitrov: ENIGMMA is a project within the so called “More-for-More” programme. The overall objective of the project is to strengthen the migration governance framework in Georgia in line with the Visa Liberalisation Action Plan. Taking into account the priorities set down by the Georgian government in its Migration Strategy, as well as the areas covered by the VLAP, ICMPD, with the strong involvement of experts from EU MS, will support Georgia in capacity building and institutional reform in the following migration management areas: Legal Migration, Fundamental Human Rights, Analytical capacities and development of an evidence-based migration policy framework.

ENIGMMA: What is needed for a successful implementation of the „More-for-More” programme in Georgia?

Mr. Philip Dimitrov: as I have already mentioned, it is important that the implementing agencies, the EU Delegation to Georgia, ICMPD, IOM, Georgian state institutions and civil society stay committed to the common goals and continue their readiness for active cooperation and involvement. Only such cooperation will lay down a solid basis for a successful exchange of best practices and further improvements in migration management area in Georgia.

ENIGMA: Thank you for your time.