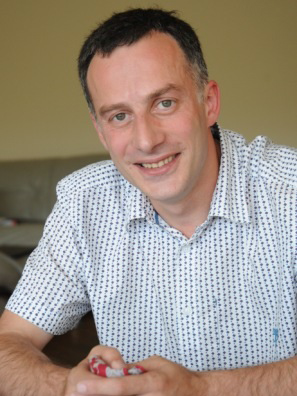 Interview with head of Department for Migration, Repatriation and Refugees of internally displaced persons from the occupied territories, accommodation and refugees of Georgia, Mr. Irakli Kokaia

ERGEM:   What has been the impact of emigration on Georgia?

Mr. Irakli Kokaia: The mass outflow of Georgian citizens abroad started from early 1990s. At that stage, there were no monitoring and information collection mechanisms available, which means it is difficult to say precisely how many Georgian emigrants are abroad. Estimates range from 300,000 people to 1.5 million. The United Nations Global Migration Database, for example, indicates that more than 700 thousand Georgians have emigrated.

The volume of migration had a considerable impact on Georgia. It accounts for the bulk of population shifts, entire communities have been altered, and the supply of labour has been significantly affected. At the same time, emigrants abroad send back remittances, which make a substantial contribution to the economy.

ERGEM: What trends do you see in terms of return? Are emigrants returning to Georgia?

Mr. Irakli Kokaia: Right now, the number of people who are returning to Georgia is low compared with the overall population abroad. These include people coming back voluntarily and forced returnees.

We would like more people to return, but the question for potential returnees is complicated, and is influenced by a number of “push” and “pull” factors. We think that return would be positive for two reasons. First, it would improve the demographic condition of Georgia, where the birth rate is falling. Secondly, the experience of migration enriches people with new skills and knowledge, which can contribute towards the development of Georgia.

At the same time, not all returning migrants have had positive experiences. Many Georgian migrants are employed in low-productivity sectors abroad, and the benefit from the return migration is small. Additionally, the involvement of skilled workers in undocumented migration and their employment in informal economy effectively leads to “brain waste”.

ERGEM: What kind of support, if any, is available to returnees to assist their reintegration?

Mr. Irakli Kokaia: Upon their return, Georgian migrants may face a wide range of challenges. Irregular migrants may be in a particularly difficult situation, because they may be coming back with few resources. Returnees have clear basic needs, such as income, somewhere to live, and access to services. But they may also be disorientated culturally if they have been abroad a long time. Some of them have children who may not even speak Georgian very well. So there are lots of dimensions to reintegration.

To address those kinds of problems, a Mobility Centre was established at the Ministry by the Targeted Initiative for Georgia in 2011. This was an EU project that concluded in December 2013. Over a three year period, the Centre received and served up to 1,600 returning migrants, providing them with a wide range of services such as temporary accommodation, healthcare assistance, professional reorientation and employment, business training and support, etc.

IOM took over the running of the Centre in 2014, with a new project funded by the European Union called “Reinforcing the Capacities of the Government of Georgia in Border and Migration Management”. In first few weeks of its operation the Centre has already served more than 70 beneficiaries.The Ministry will take over the responsibility of running the Centre after the completion of the project.