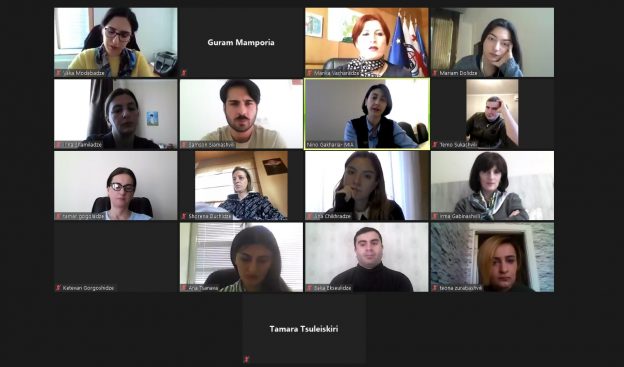 On 24-25 December, 2020 ICMPD in the framework of the EU-funded ENIGMMA 2 project, in close cooperation with the Ministry of Foreign Affairs of Georgia, organized two information meetings on the amendment to the “Law of Georgia on Rules for Georgian citizens on Leaving and Entering Georgia” which enters into force on 1st of January, 2021.

The trainings was aimed at raising awareness of the staff of state agencies who are responsible for information provision to citizens of Georgia on travel-related issues. During the online training representatives from the Ministry of Foreign Affairs of Georgia and the Ministry of Internal Affairs of Georgia discussed and clarified the process of border-immigration control of a citizen of Georgia traveling to the EU/Schengen Area and the grounds listed in the law, for restriction of the right to temporarily leave the country. In addition, information was provided on the Order of the Minister of Internal Affairs on Adoption of Rules on Crossing State Border for Citizens of Georgia and Appeals Procedure against the Denial to Cross the State Border.

During the Q&A session, participants had an opportunity to ask more detailed questions about circumstances to be considered, while examining/inspecting grounds for restricting the right to depart from Georgia. The trainings were attended by representatives from following state agencies: Unified Service Centre, Consular Department of MFA and Information Center on NATO and EU.