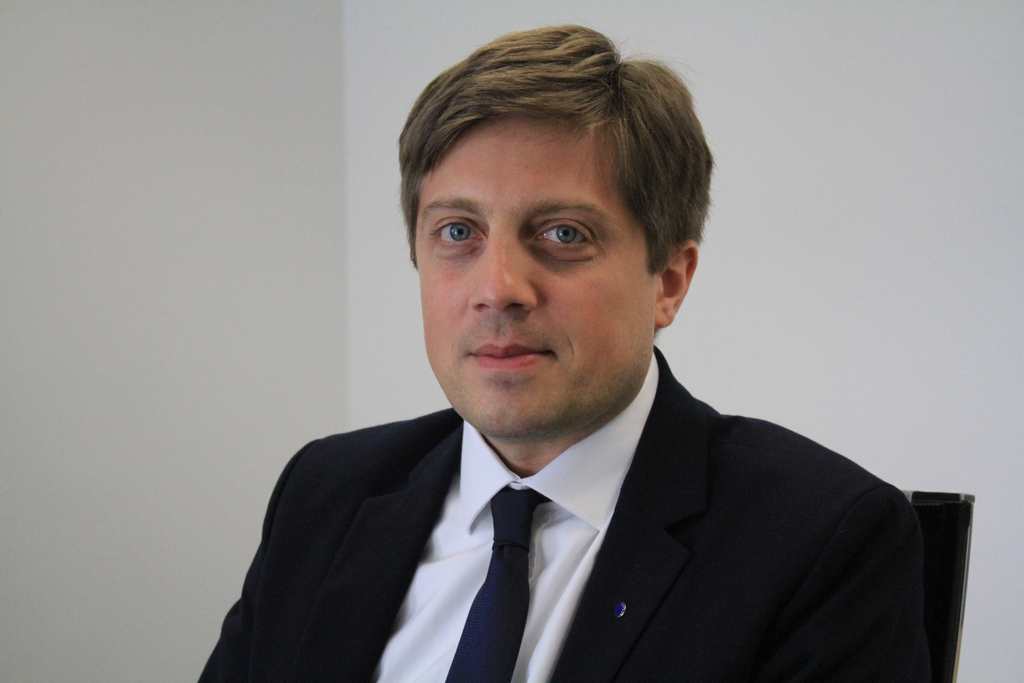 Interview with executive Scretary at the Secretariat of the State Commission on Migration Issues of Georgia Mr. George Jashi

By the end of the year 2015 Georgia has published its new Migration Profile based on a new format and a new methodology, both being developed in order to meet Georgia’s specific needs. With the intention to understand what has driven the work on the Profile, as well as to get the overall impression of last developments in the sphere of data collection in Georgia, we have approached Mr George Jashi. Execute Secretary at the Secretariat of the State Commission on Migration Issues of Georgia, who unveiled to us some interesting details!

Dear Mr Jashi, could you please tell our readers a bit about your work?

The State Commission on Migration Issues is an advisory body to the government of Georgia. Established in 2010, the 13 members strong Commission had gone through the dynamic process of reforms and challenges shaping its machinery designed to define and manage the national migratory policy. Having an outstanding support from EU, its member states and partner international and non-governmental organizations, among of which ICMPD deserves a special recognition, the Commission along with its Secretariat had become a strong state driven mechanism equipped with an effective coordination functions and analytical skills capable to develop an international standards based system of migration management.

As we know, Georgia lately has been very rapidly developing its migration system striving to make use of the most progressive tools in this sphere. What is the reason? Why migration was put so high on your agenda?

The very first attempt to regulate migratory situation and adjust it to international requirements was made in late 1997, when the Concept of the State Migration Policy was elaborated and adopted as a decree. Despite its innovative character neither state’s internal policy, nor international environment have supported this document to be realized on actual basis. A whole decade after, while enhancing EU integration activities via common instruments of joint action, the new policy document had been developed, and in 2013 the Commission has adopted the first national Migration Strategy (2013-2015) with accompanying action plan. The adoption of the Strategy followed the handover of EU Visa Liberalisation Action Plan to Georgia, which on the one hand clearly defined the working directions to modernize the national migration management system, and on the other hand increased the dynamics of the action while posing the need to start working on a new strategy document to be compatible with modern requirements. Three years later, when migration had become a top priority issue at a world and especially EU policy level, in 2015 while having vast experience out of lessons learned from implemented strategy, Georgia has adopted its brand new Migration Strategy. Drafted by the SCMI Secretariat’s analytical unit, running with the support of ICMPD through EU financial support, this very document radically differs from its predecessors. It provides with standardised approaches to the issues toping the worldwide agenda, and is based on the mix of principles deriving from national interests and international policy developed in the course of recent years.

In 2015 Georgia published its unique Migration Profile in a new format. Could you tell us about it and specifically on how the work on collecting and analysing the data was organised, who played the key / coordination role and what guided them in identifying the selected format?

The national migration management system consists of four inter depended modules: strategy, migration profile, unified migration analytical system and migration risk analysis system. All together they form machinery, which connects these modules in synchronized manner and provides with evidence based policy making tool. Among of those mentioned, the Migration Profile is indeed an important part of entire mosaic, allowing the decision makers to elaborate policy by means of various statistics put together and analysed in a unique routine. And again, created with the help of Secretariat’s analytical unit, the profile represented in a so called third – medium version, differs from existing, extended or light models elaborated earlier. Well-structured, informative, understandable and user friendly – these were the starting points the authors were oriented to, while working on the document. When the structure composed of those elements was finally ready, the Secretariat shifted to the second phase – data collection. For that particular purpose, the specially designed data request templates were prepared in a way that the collected data could be easily manipulated and calculated. Thus, the time earlier used for the technical works, now was allocated for the analysis and elaboration of proceeding recommendations.

Collection and proper analysis of migration data is a key to the process of planning sound policies and making well-informed decisions in the field of migration. We have heard that for a little over a year Georgia has been working on the Electronic system UMAS for information sharing? Could you tell us about this system and the way you plan to make use of it?

Indeed, the data collection is a very complex and specific work harmonizing the process of collection, the time and preliminary defined patterns adjusted to the thematic characteristics. Based on this recipe the Public Service Development Agency along with the other SCMI member agencies, has developed a concept of Unified Migration Analytical System (UMAS). The idea of the above system is to connect different e-data bases of all entities dealing with migration, and link them to the central analytical hub hosted by PSDA. The core module is assigned to collect the necessary data and produce a comprehensive statistics through preliminary defined patterns structured and managed by the specialised group of analysts. Hence, UMAS will significantly reduce the time spent for the production of MPs and equally increase the SCMI capacities in respect of risk analysis, which largely depends on reliable data. The system supported by EU through ICMPD and IOM is planned to be launched in 2016 and converted into the migration management system described above.

Having an experience with development of the Migration Profile what suggestions and recommendations would you give to other states willing to work on their own profile?

Differing from above said, the answer to this question is much simple and not that sophisticated. There are several important rules that are desirable to be observed while working on MP: a) the document has to be informative and at the same time user friendly. Sometimes badly structured (especially important) information can misguide reader and make the enormous efforts of authors useless; b) if producing own MP by using already existing models, the authors must not limit themselves in attempts of fine tuning, so enriching the document and adjusting it to the country specific needs; c) the data collection can only start after the preliminary and detailed assessment of what can be obtained from the data source and how much time will it take to translate the collected material into a single document; and finally, d) try not to complicate the document by using unnecessary features, as that can add no value but misguide the reader.

Dear Mr Jashi, thank you very much for you time and involvement in the Prague Process!